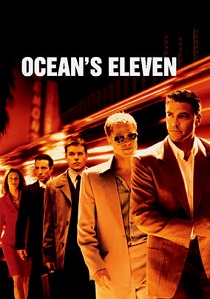 Ocean’s Eleven is, technically, a drama action and adventure comedy film that was released in 2001 by Warner Brothers Pictures. The screenplay was written by Ted Griffin and the film directed by Steven Soderbergh. Soderbergh was on a high at the time, having just completed Erin Brokovich and Traffic. The film has an all-star cast […]